Since Intersect last Thursday, I’ve been thinking a lot more about sharing power.  However, truthfully it has been on my mind since the 2016 elections, especially knowing that we are nearing the 100th anniversary of the ratification of the 19th Amendment, which gave women the right to vote.  That’s right, we were given the right to vote, thanks to a movement of women and men who demanded that that power be shared with us.

In last week’s elections, women were big winners across the country.  In a few weeks, Seattle will swear in a new female mayor, Jenny Durkan.  It’s only taken the city 91 years to elect a second woman mayor.  When Bertha Knight Landes was elected mayor of Seattle in 1926, she became the first woman to lead a major American city.  Where were the other women in those 91 years?

In terms of women’s political engagement and leadership, the numbers in Washington look pretty good when compared to the rest of the nation.  Women’s Funding Alliance commissioned a study by The Institute for Women’s Policy Research that found:

However, as is often the case when the bar for comparison is set low, Washington’s numbers don’t measure up when we look at representation relative to women’s share of the total population and the historical rate of progress.  The Women’s Funding Alliance Report finds that if progress continues at the current rate, women in Washington will achieve parity in their representation in the state legislature in the year 2038. That further assumes that we don’t lose any ground gained between now and then.

Creating opportunities for women to lead in the civic realm, whether at the grassroots level or in political office, will have long-term impact on our state as a whole. As noted in the Women’s Funding Alliance Report, “Political participation allows women to help shape laws, policies and decision-making in a way that reflects their interests and needs, as well as those of their families and communities.  By running for office, voting, and serving as leaders in their communities, women can make sure their priorities are reflected in public policy decisions and debates.”

Washington Women’s Foundation is committed to amplifying the voices of women, particularly in conversations about important issues facing our communities – climate change, homelessness, gender-based violence, immigration.  To this end, we convened the Emerging Issues Partner Grant Committee this fall and invited our members to examine how to best invest in increasing women’s civic engagement and leadership throughout Washington state.

Through this Committee we are working in direct partnership with Women’s Funding Alliance, using their research and a Request for Proposal they issued to statewide organizations working to prepare women for and position them in civic leadership roles.  Women’s Funding Alliance seeded the Emerging Issues pooled fund with $20,000 and additional contributions have been made by those members of WA Women’s Foundation who are serving on the Committee as well as Laird Norton Wealth Management, a long-time corporate partner of WA Women’s Foundation. 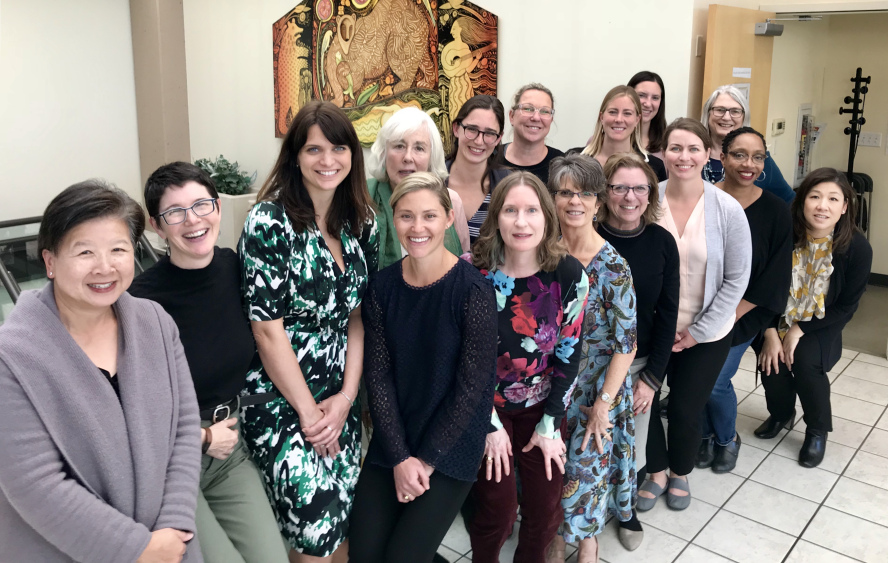 Washington Women’s Foundation is a strong and inclusive collective of informed women who together influence community transformation.  We know that there is power in our collective and that there is power in partnerships with other values-aligned organizations, corporations and women in our community.  This partnership feels like we are truly living our mission of being more informed, more inclusive and more influential.  But after Intersect I’m also asking how can we share our combined power with the women who will benefit from the grant this Committee awards?

Please join us to continue this conversation and our collective learning at the Emerging Issues Partner Grant Showcase on December 7th.  We’d love to see more members in this movement.

Washington Women’s Foundation (WaWF) is proud to announce our 2022...

We’re delighted to share another update from the 2022 Collective...

Open Call: WaWF Board of Directors

Have you thought about serving on the Washington Women’s Foundation...